Last night Avery did a big pooh in the bath tub. It wasn't the first time, but it was the first time since she starting eating solids. It was hilarious. I don't know why. I was laughing so hard that I wished I had someone to share it with. I did. Avery laughed too, and after I hurriedly grabbed her out of the tub we had a serious chuckle for a good five minutes. I think she knew what she was up to. And, I almost took a picture-- which I realize is gross.

My dad smashed his finger almost off when I was 13..14 (?). A huge boulder rolled on it at the lake. That was gross too. It was the gnarliest thing I had ever seen. I also thought we should take a picture of that. My mom thought it best not to. It was kind of a traumatic thing. We didn't know if the crazy surgeries to repair it would work, or if my dad would loose his finger. Since our livelihood depended on his precise hands and clever surgical skills, a fingerless dad was a much scarier prospect then it might have otherwise been.

But it was life-- gritty and raw, and I thought it should be documented. Just like pooh in the tub.

Because that is the stuff our days are made of, and I love every hilarious minute of it.
Posted by Danielle at 12:07 AM 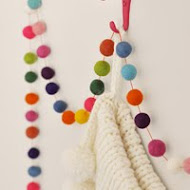